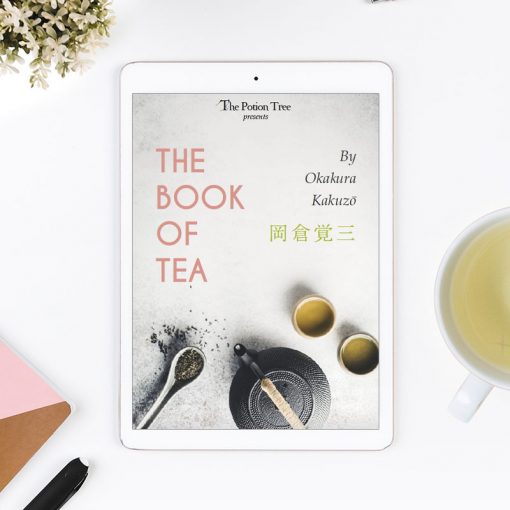 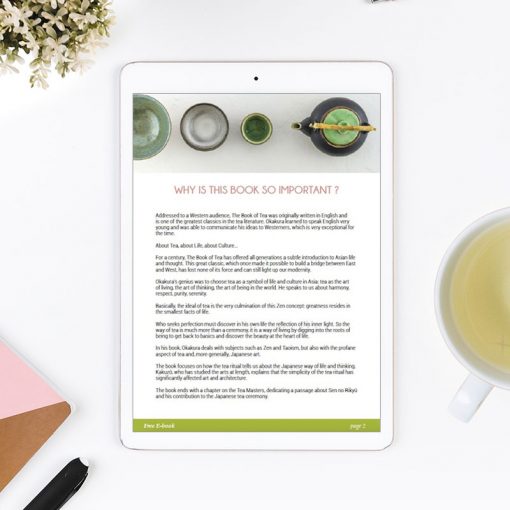 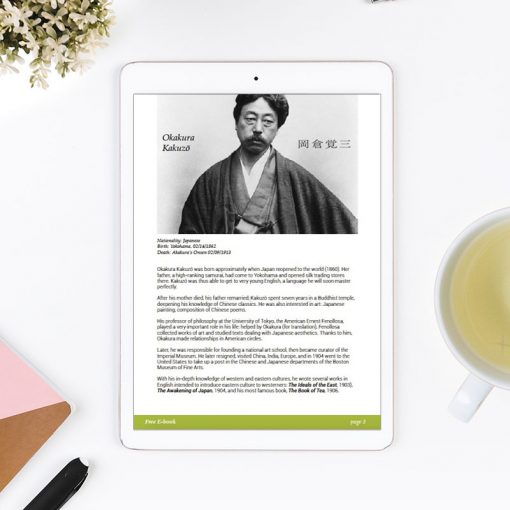 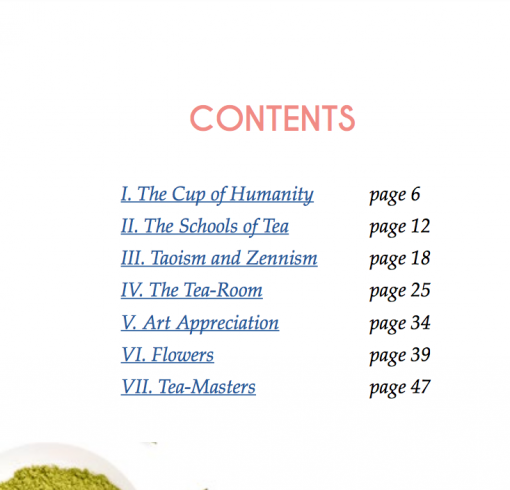 Written for a Western audience, The Book of Tea is one of the greatest classics in tea literature. Okakura learned to speak English at a young age and communicates his ideas with ease and clarity.

About Tea, about Life, about Culture…

For a century, The Book of Tea has offered all generations a subtle introduction to Asian life and thought. This great classic, which helped to build a bridge between East and West, has lost none of its significance and continues to provide incredible insight.

Okakura’s genius was to choose tea as a symbol of life and culture in Asia: tea as the art of living, the art of thinking, the art of being in the world. He speaks to us about harmony, respect, purity, serenity.

Essentially, the concept of tea is the very culmination of Zen thought: greatness resides in the smallest facts of life.

Who seeks perfection must discover in his own life the reflection of his inner light. So the way of tea is much more than a ceremony; it is a way of living. By digging into the roots of being, we can get back to basics and discover the beauty at the heart of life.

In his book, Okakura deals with subjects such as Zen and Taoism, but also with the profane aspect of tea and, more generally, Japanese art.

The book focuses on how the tea ritual tells us about the Japanese way of life and thinking. Kakuzō, who has studied the arts at length, explains that the simplicity of the tea ritual has significantly affected art and architecture.

The book ends with a chapter on the Tea Masters, dedicating a passage about Sen no Rikyū and his contribution to the Japanese tea ceremony.

Learn more about the author, just below

About Okakura Kakuzō, the author of The Book of Tea

Okakura Kakuzō was born approximately when Japan reopened to the world (1860). Her father, a high-ranking samurai, had come to Yokohama and opened silk trading stores there. Kakuzō was thus able to get to very young English, a language he will soon master perfectly.

After his mother died, his father remarried; Kakuzō spent seven years in a Buddhist temple, deepening his knowledge of Chinese classics. He was also interested in art: Japanese painting, composition of Chinese poems.

His professor of philosophy at the University of Tokyo, the American Ernest Fenollosa, played a very important role in his life: helped by Okakura (for translation), Fenollosa collected works of art and studied texts dealing with Japanese aesthetics. Thanks to him, Okakura made relationships in American circles.

Later, he was responsible for founding a national art school, then became curator of the Imperial Museum. He later resigned, visited China, India, Europe, and in 1904 went to the United States to take up a post in the Chinese and Japanese departments of the Boston Museum of Fine Arts.

With his in-depth knowledge of western and eastern cultures, he wrote several works in English intended to introduce eastern culture to westerners: “The Ideals of the East”, 1903), “The Awakening of Japan”, 1904, and his most famous book, “The Book of Tea”, 1906. 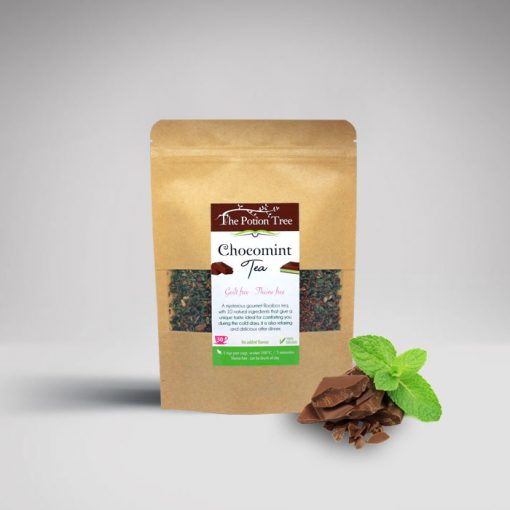 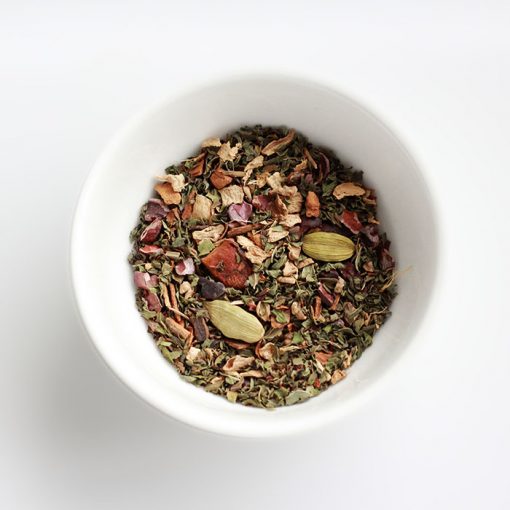 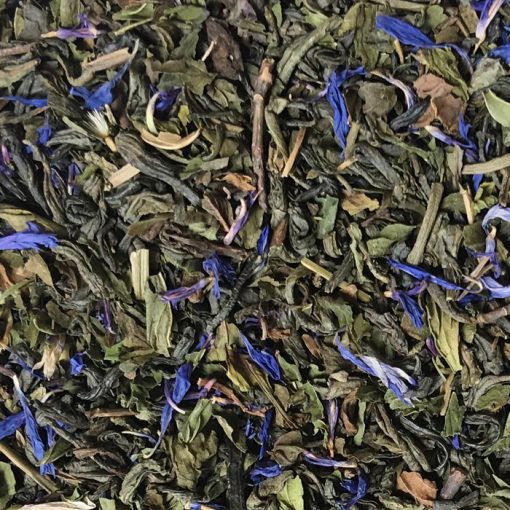 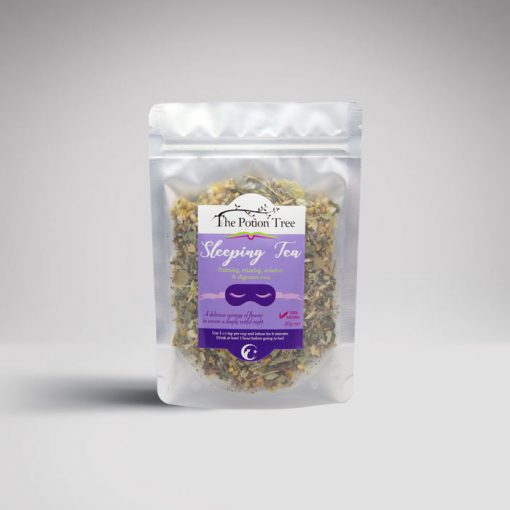 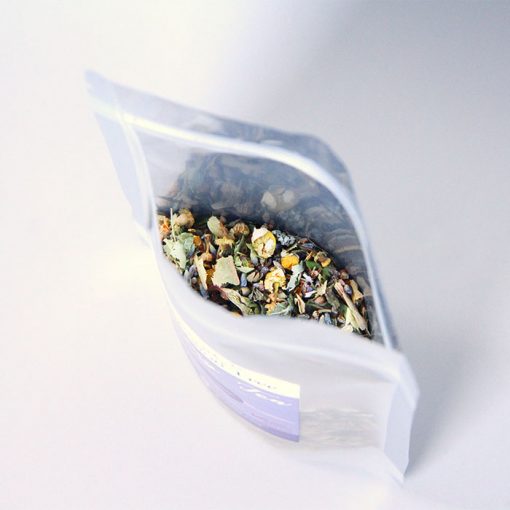 Sleeping tea – for a deep sleep and a restful night 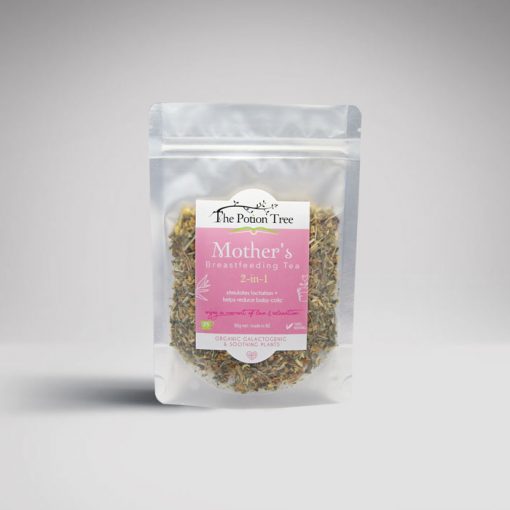 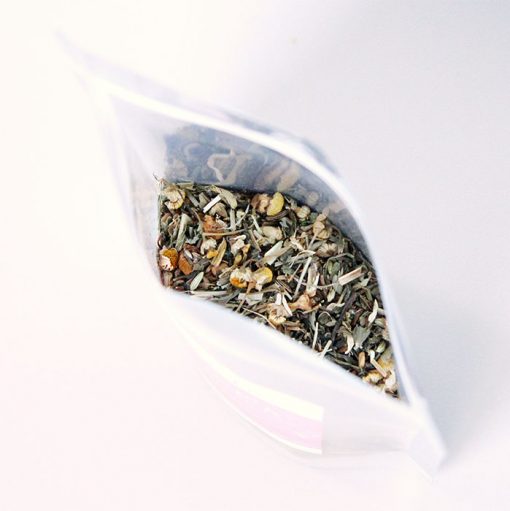